Is Fast Food To Blame For Obesity? (You Might Be Shocked)

You may like these typical fast food menu items but do you know their food components?

Fast foods are high in sugars, fats and starches. Most of them are processed in high monosodium glutamate or MSG.

These ingredients have almost no nutritional value in our bodies and can even have significant negative effects on our health.

What Are Fast Foods?

Fast foods are highly-processed and have high calorie, sodium and fat content.

The general recommended daily calorie intake for Americans is 1,500-1,800 calories and 50-60 grams of total fat per day.

But in just one fast food meal alone, you could easily take in 1,500 calories. Take a look at some of the fast foods below:

Effects of Fast Foods on Health

Since 1970, the number of fast food restaurants in the United States has doubled.

In the same year, among the US population, 33.8 percent were obese and 19% of adolescents and children were also affected.

Obesity is a medical condition wherein excess fat is accumulated inside the body that may have negative effects on your health, such as a reduced life expectancy and increased health problems.

It is usually caused by too much food energy intake and a lack of physical activity.

Researchers theoretically believe that obesity in the United States is caused by the consumption of fast foods. Could fast foods be really to blame on the uprising of obesity in the country?

Is Fast Food To Blame for Obesity?

While fast foods can contribute to obesity and weight gain, researchers David Just and Brian Wansink find no correlation between high body mass index and the intake of fast food.

These kinds of food are not necessarily the things that make the population in America obese.

Just, suggests that looking at the overall diet and physical activity of the Americans will help find out the underlying causes of obesity.

For fast food lovers, fast food being not the cause of obesity may be good news.

But of course, it doesn’t mean that you can eat a big mac for breakfast, French fries for snacks and a bacon double deluxe for lunch and dinner. It means that we do have to check out more food groups other than just fast foods to identify the cause of one of America’s huge health problems.

Many health organizations and researchers found many other causes of obesity.

For example, did you know that other than diet and lack of physical movement; genetics can also be a cause.

Like many other medical conditions, obesity can be the result of genetic factors.

People with two copies of FTO genes, the genes associated to fat mass and obesity, have found out to averagely weigh 3-4 kg more and have a 1.67 fold higher risk of being obese.

Professors at Cornell University studied the food intake of 6,000 people and it was found out that fast foods were not associated with high body mass indexes.

Despite the fact that the consumption of cheeseburgers and French fries is inadvisable from a nutritional point of view, these kinds of food do not lead to obesity.

Another significant finding is the difference between the morbidly obese and everyone else:

People with body mass index of 44.9 were considered morbidly obese. The researchers found out that these groups of people ate 50% more French fries compared to people with average body mass index.

How to Have a Healthy Lifestyle

Even though fast foods contain more calories than other foods, you can burn them by regularly working out.

What is truer than fast food being the cause of obesity is the fact that the consumption of food in moderation prevents obesity.

Eating fast food won’t harm your health if you eat in moderation.

Even spaghetti and sushi can have a negative effect on your health if you eat them every day or every meal. Eat a variety of healthier food groups such as vegetables, fruits, and meat.

You can check out The Kitchen Guy’s recipe section and see examples such as the 5 easy salsa recipes recently published – salsa is very, very healthy…when you make it yourself!

To guide you on the recommended daily food intake, remember the food pyramid your grade school teacher taught you.

Followed by eating in moderation is regular exercise.

Since obesity is the accumulation of fat in the body, you have to burn it so you can avoid more fat in your body and prevent certain types of diseases that may be caused by it.

There are many forms of working out such as running, swimming, or even just a simple walk in the park. Going up a building on stairs, not with elevators, is also a form of physical activity.

Move as much as possible as you can to work out, stretch those muscles and burn the excess calories.

Fast Food Is Not To Blame for Obesity!

Now that it is clear that fast food is not to be blamed for obesity, it doesn’t mean that we can eat fast food every day.

Remember that these kinds of food are highly-processed and contain high amount of fats, sugars, starch and MSG, which can have negative effects on our bodies and health.

With a sedentary lifestyle and consumption of too much food energy, the possibility to be obese is high.

What we can do to prevent obesity is the consumption of more food variety and healthy food groups accompanied by regular exercise and other physical activities.

So even if obesity can be caused by genetic factors, it can be prevented by the above mentioned advice.

I hope you learned a lot from the article and it has inspired you to have a healthier lifestyle.

We can actually eat the foods we want to but remember to eat them in moderation.

We have so much in life to enjoy so let’s take better care of our health.

Please remember to like The Kitchen Guy on Facebook and signup to receive the latest posts, tips & tricks! 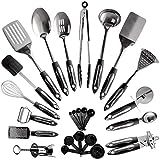 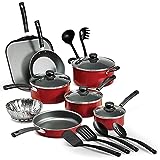 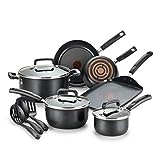